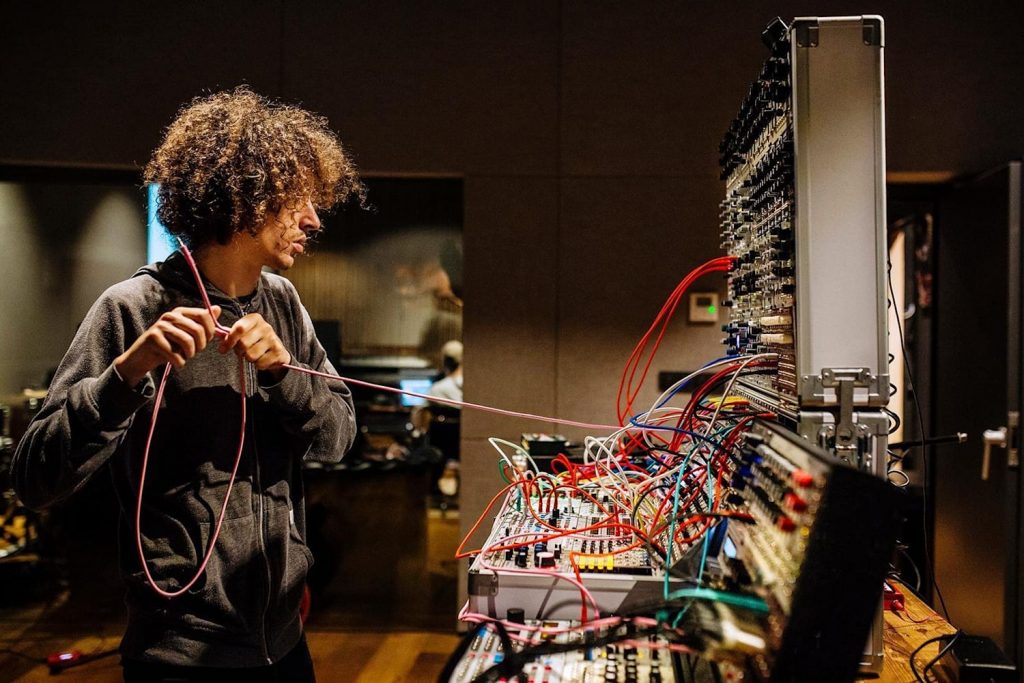 Colin Benders is a high-wired artistic spirit, a mind drilled to compose as swiftly as he creates. Over the past seven years, Benders honed an instrument that can fully harness this unique gift for conducting an abundance of sonic elements: the modular synth. From polyphonic, harmony-based pieces to resounding techno sprawls, Benders lives to make music for the here and now, and in turn, unshackle himself from the type of rigid recording- and-live performance cycle many musicians find themselves stuck in.

Even before touching his first modular synth module, Benders managed to push the possibilities of live music to its utmost limits. His Kyteman Orchestra received myriad accolades, as a velocity of ideas manifested through live performance in unprecedented ways. With so many factors at play – a huge ensemble cast and his thirst for reinvention – it became more and more evident the Utrecht-based composer needed a clean slate of aural expression; one that didn’t involve retracing the already expressed and documented.

Nosediving into the world of modular synths gave Benders free rein to access and summon feelings directly into sound, down to the absolute details. Writing and performing premeditated compositions became a thing of the past: on his new instrument of choice, Benders opts to improvise via live streaming and online video broadcasts. As a result, he quickly turned heads; more specifically, his uncanny ability to generate fully-formed ideas on-the-fly with a wide array of modules at his behest.

Over the past few years, Benders has been invited to perform at established festivals and clubs, including Awakenings, Dekmantel, Le Guess Who?, Amsterdam Dance Event and Berghain. Like those regular streaming broadcasts, each of these performances became a unique experience in itself. For now, he is content to interact and explore his music on a day-to-day basis; it’s now expressed as a sincere vocabulary rather than a finished product. And, strangely enough, the modular synth allows Colin Benders to be both engineer and explorer of his own impulsive, highly infectious process.