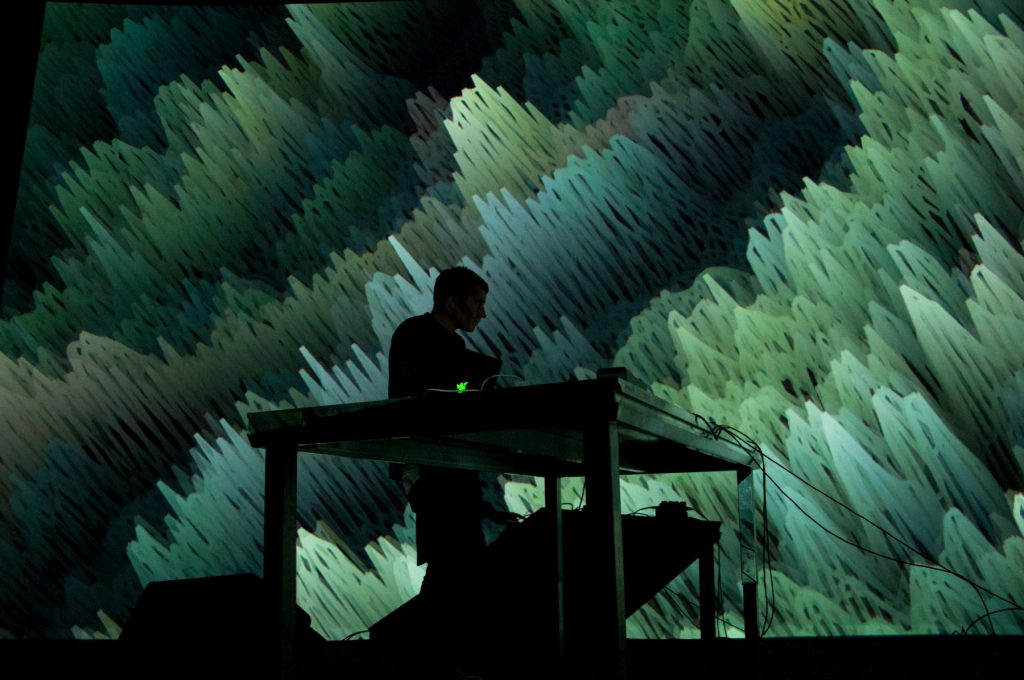 His work has recently been presented in various festivals and galleries around the world, such as Mutek Festival, B39 in Seoul, Signal Festival in Prague, the British Film Institute in London and ARS Electronica in Linz. Always in search of new challenges, Le Sourd designs his own audiovisual tools, generating visuals with algorithms and creating 3D worlds to transform perceptions of space.

He collaborates with musicians, performers and scientists in order to continue his research into the relationship between art, science and technology. Maotik recently moved in Berlin where he continues his artistic research by taking part in the art residency organized between Sonar+D and Factory Berlin. He also joined the CODE university where he works as a professor giving lectures about interactive design, generative design and AR/VR environments.