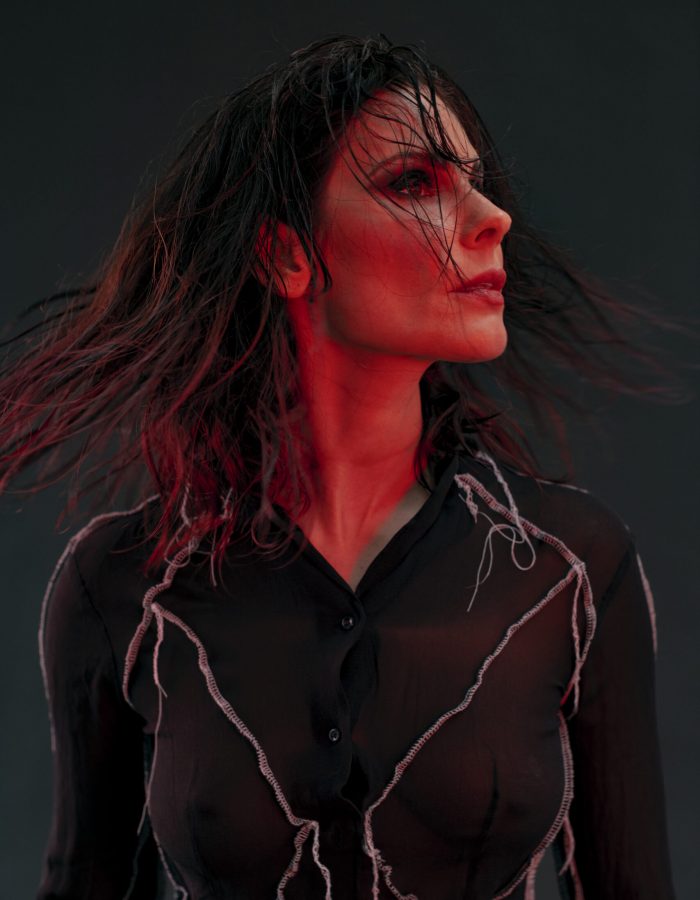 As one of the most respected figures in the world of hard-edged techno, Rebekah has carved out an infallible reputation as a consummate artist. Her multi-disciplined approach to music (DJ, producer, label owner, event organiser) means she has a well-rounded, holistic understanding of the music itself and the culture attached to it. From her earliest forays into the scene, Rebekah blazed a trail, setting the bar high when it comes to live performance, and injecting the scene with an uncompromising sound that ignites dance floors the world over. Her tireless work and natural talent led to her being named DJ Mag’s Best Producer in 2018, and appearing as their cover star in 2019. After an enforced break through the global shutdown, she has returned to the global circuit with a renewed perspective, driven by a desire to tap into the powerful, transformative energy of club music. Well established as a potent force of nature – whether she’s in the booth, curating her label, in the studio or hosting a party – Rebekah has come to the fore as a key figurehead whose influence has inspired a whole new generation of techno diehards.

Raised on Birmingham’s infamous 90s club scene, where local heroes such as Surgeon and Regis were cultivating their own brutalist interpretation of techno, Rebekah immediately resonated with the harder, faster sound. Countless nights on the dance floor at venues such as the legendary Que Club sparked her ambition to one day be part of it. Several years later she enrolled at college to study music production and embarked on the journey to becoming a key player in the harder-edged sound.

In 2012, she remixed ‘Slackers’ by Matador, which boosted her credentials and led to a move to electronic music mecca, Berlin. 10 years on, Rebekah is now widely regarded for her exceptional production skills and transcended DJ sets, often incorporating a controller so she can add effects and layers on the fly. This hybrid setup allows her to take charge of the ebb and flow of her set, with maximum energetic impact. Rebekah’s hybrid performances follow on from her highly successful live set, which she launched in late 2018 – named by Resident Advisor as one of the best performances of ADE 2018. Her innovation and commitment to pushing the boundaries of DJ performances make her one of the most captivating artists around, every set a thrilling sojourn through a range of styles. Each step of the way Rebekah’s mission is to send the crowd into rapture, cultivating pure catharsis and moments of raw emotion.

Musically-speaking, Rebekah’s discography speaks for itself. Releases with influential platforms such as Soma, CLR, Modularz, Perc Trax and Mord epitomise her no-nonsense approach to production. Visceral and utterly unapologetic, it’s music designed to penetrate through to your bones, sending shockwaves through your body and impossible not to dance to. Key to her creative output is sound design, and ensuring the music she makes is anything but formulaic. Originality, fresh unique sounds and maximum impact are core elements of her output, on stage and in the studio.

Through her own imprint, Elements, she has ventured further into developing her own unique take on the brutalist style of techno, while also exploring other facets of the genre’s spectrum. During lockdown Rebekah utilised the free time to mentor up-and-coming producers, creating courses and setting challenges to inspire her keen followers: 10 tracks in 10 days was one, using various means to stimulate creativity (creating sounds based on specific images, for instance). While another challenge encouraged producers to make music at a tempo they weren’t used to. From the resulting collection of tracks, Rebekah cherry-picked the best ones, including one of her own, and compiled them for a V/A via Elements. Beyond that, a new solo EP is due on Elements, for which she is deep in the studio, working meticulously on the sound design, as per usual.

Rewinding back to the 90s, there were very few female role models Rebekah could look up to, but she’s now at a stage where young women look to her for inspiration. Through her avid #ForTheMusic campaigning, she has raised awareness of sexual misconduct in dance music, fighting the corner for countless victims of abuse. In her position as an influential artist, label owner and campaigner, she has become an iconic figure for women, and men, across the world.

Unwavering in her commitment to the music she loves, an innovator and a fundamental figurehead for women’s rights in dance music, Rebekah combines a progressive mindset, with inherent talent and a consistently high work ethic. With a second album project on the horizon, her label continuing to support the very best in forward-thinking music and her hybrid sets still demolishing dance floors, Rebekah is a potent force transforming techno from the inside out.